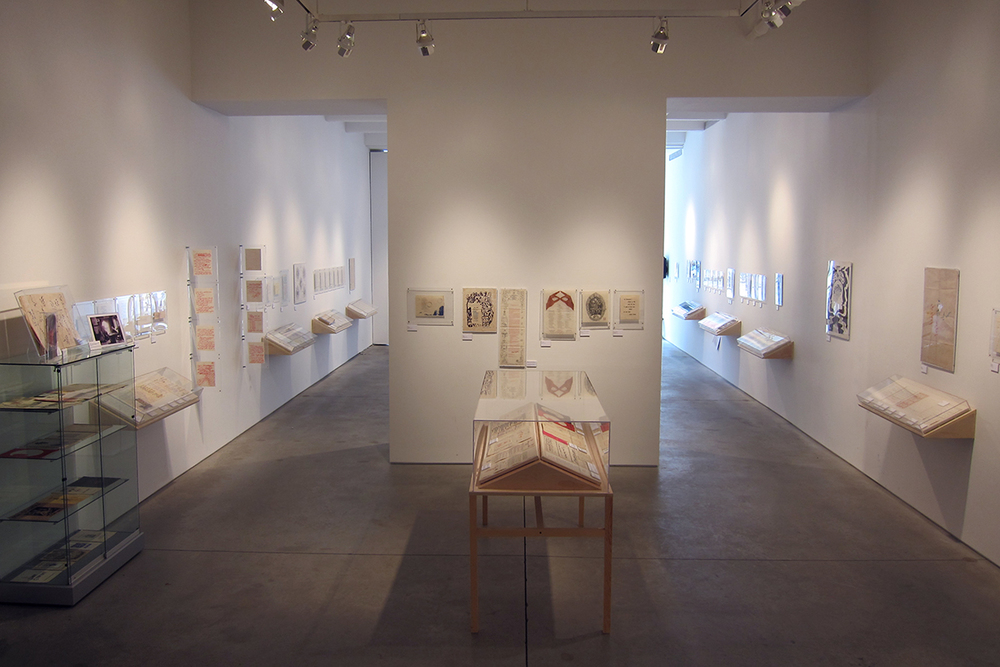 “Angus was a dream percussionist. A dream person.”– Lou Reed

MacLise was a collaborative partner in the early 1960s with art groups and individuals such as Fluxus (George Maciunas, Yoko Ono), Theatre of the Ridiculous, and Jack Smith. As a poet, MacLise began publishing in partnership with high school friend Piero Heliczer in the late 1950s, establishing The Dead Language Press in Paris, widely acknowledged as one a most significant small artist book presses of the 20th Century. Together with his wife, artist and underground press illustrator Hetty MacLise, he edited issue No. 9 of the magazine-in-a-box, Aspen, considered a hallmark of American publishing.

While residing in Nepal, he formed the Bardo Matrix/Dreamweapon Press with Ira Cohen, issuing poetry in limited editions on handmade rice paper. The press published Paul Bowles, Charles Henri Ford, Gregory Corso and Diane Di Prima among others. MacLise also published his own works and edited the poetry magazine Ting Pa. On Summer Solstice 1979, MacLise died from hypoglycemia in Kathmandu, and was cremated in the fashion of Tibetan Buddhist funerary rites.

A suitcase of Angus MacLise’s artwork, publications, and manuscript as well as more than 100 hours of recorded music was left with La Monte Young and Marian Zazeela for safe-keeping thirty years ago. This extraordinary time-vault was the foundation of the exhibition, with additional materials drawn from private previously unseen collections and archives.

Thursday, May 12th, 2011 at 8pm, Anthology Film Archives hosted an evening of film and video works by Ira Cohen and Piero Heliczer. At the center was the underground classic, The Invasion of Thunderbolt Pagoda (Dir. Ira Cohen, 1968), showcasing the music of Angus MacLise. The program also included works by Heliczer featuring MacLise, and Marty Topp’s portapak video from the Ira Cohen Jefferson St. loft (1971-72). This night also marked the premier of Heavy Canon, directed by Ira Cohen (1968/2011). This film is comprised of unseen 16mm footage shot in Cohen’s Mylar Chamber and scored with the music of Angus MacLise.

Boo-Hooray published the exhibition catalog DREAMWEAPON, limited to an edition of 1000 copies, and a deluxe edition of 100 copies with a numbered photo print, a numbered silkscreen and a CD of previously unheard music and poetry. An edition of Angus MacLise’s first publication, Straight Farthest Blood Towards, originally published by Piero Heliczer’s Dead Language Press in 1959, was issued in a letterpress facsimile edition limited to 81 copies, printed by Jon Beacham of The Brother in Elysium Press. Ira Cohen’s 1968 film The Invasion of Thunderbolt Pagoda was reissued, as a fully restored director’s cut DVD in a limited edition of 500 copies.

On Record Store Day, there were 100 Dreamweapon Tickets attached to random copies of a flyer for the show. This ticket entailed the holder to a copy of the Dreamweapon IV CD of unreleased music and a limited edition print.

“Angus MacLise was the Velvet Underground’s first drummer. He withdrew when he found out that at a paying job he had to start and stop playing when told to. No one told Angus to stop playing. So the job of a working musician was impossible for Angus, and he taught us all a lesson about purity of spirit.” – Lou Reed

“The time-vault has now been opened; the elusive figure of Angus MacLise has been unveiled to the public…” – GRANDLIFE NYC

“Angus Maclise … had an art opening at the Boo Hooray gallery the other day. The show is called DREAMWEAPON, and all sorts of luminaries, perpetual freaks, and has-beens were in attendance…” – VICE MAGAZINE

“… at the very top of the Velvet pyramid sits the mystical poet, traveler, and musician Angus MacLise.” – TINY MIX TAPES

“… MacLise was a living link connecting the Beats, the Fluxus and the Factory scenes, and the hippies.” – FLAVORWIRE

“… curators Kugelberg and Cameron explain why the work of MacLise is ‘overdue for a retrospective’” – DAZEDDIGITAL.COM