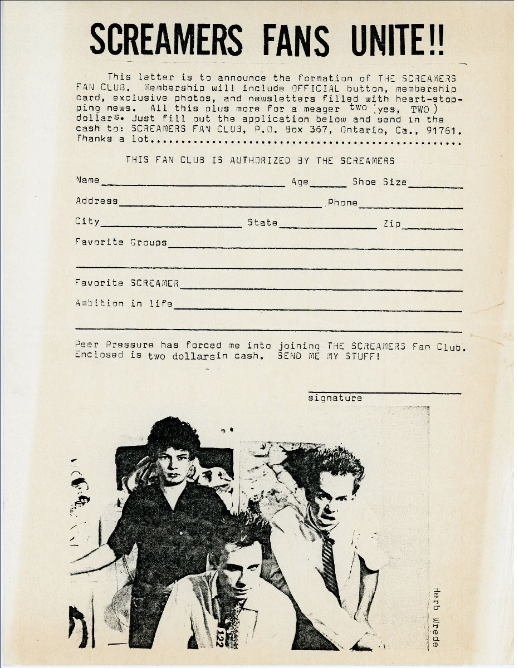 The Screamers, a West Coast experimental punk music group, was formed in 1976 by Tomata du Plenty and Tommy Gear. Noted for using synthesizers instead of guitars, for early attempts to establish a wide video presence, and for having been one of the most unforgettable West Coast bands in performance, the Screamers neither signed a record contract nor recorded any of their songs during their years of existence.

In 1976, du Plenty and Toast moved to Los Angeles, renaming the band the Screamers following copyright complaints from Tupperware. The revised lineup was du Plenty on vocals, Gear on ARP Odyssey synthesizer, David Brown on Fender Rhodes electric piano [Brown was later succeeded by Paul Roessler], and KK Barrett on drums. Artist Gary Panter designed the band’s logo, a stylization of du Plenty’s screaming face that has since become one of the iconic images of the Punk era.