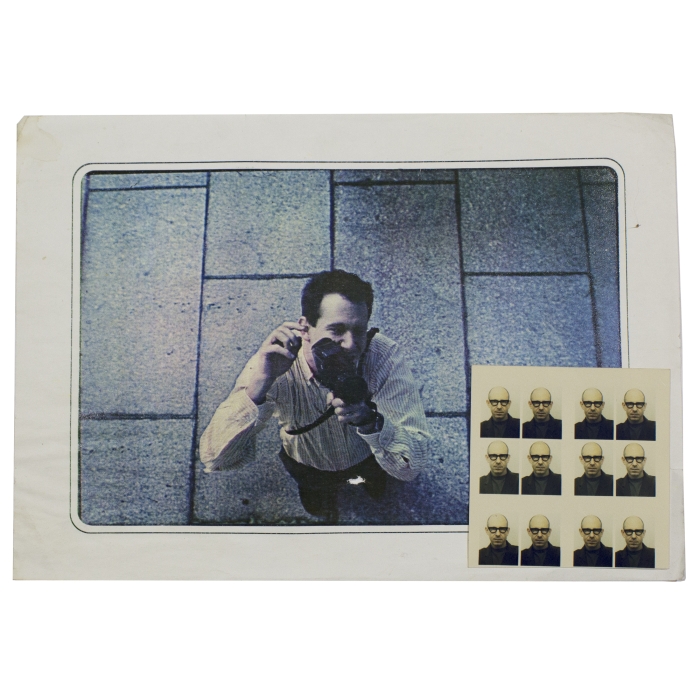 Michael H. Shamberg (October 27, 1952 - November 1, 2014) was the founder and head of Factory Records New York, as well as the director and producer to many of New Order’s music videos. His close relationship with the band played a large part in their success in America. Born in New York and raised in Baltimore, Shamberg returned to New York in the mid-1970s after completing school at Pennsylvania Academy of the Fine Arts. In 1981, he founded Factory Records US.

Through Factory US, Shamberg did much to design and influence New Order’s image, linking them with artists such as Jonathan Demme, Barbara Kruger, William Wegman, Kathryn Bigelow, Robert Longo, Lawrence Weiner, and many others. He did not only bring creative talent into the Factory Records fold but contributed much of his own voice. Peter Saville’s iconic imagery produced for Factory Records is largely influenced by Shamberg’s own drawings and design work. Between running the label essentially by himself and his extensive work with New Order, Shamberg found time to create films, videos, and work for other Factory Records bands. He created the short film Tribeca for A Certain Ratio and videotaped many shows that later became IKON/Factory video releases, including New Order’s first show in America at the Ukrainian National Home in New York, released as a videotape titled ‘Taras Shevchenko’.

Michael Shamberg’s film and video work was not exclusively for Factory Records, however, he created work for many artists throughout the 1980s and 1990s. He produced videos for Grace Jones, REM, Patti Smith, the Talking Heads, and the B-52s. He also directed a feature film titled Souvenir in 1996. In the early 2000s, Shamberg was diagnosed with a degenerative autoimmune disease which led to the slow deterioration of his health leading to his death in 2014. However, despite his illness, he still remained dedicated to bringing art into the world and bringing artists together. Starting in 2005 and running until his death, he held Turtle Salons throughout Europe and the United States, creating a space for established and upcoming artists to display work, critique each other, and collaborate.

Collected in this archive is a comprehensive documentation of Shamberg’s life and work. Extensive media, ephemera, artwork and correspondence from Factory Records US and Manchester trace the trajectory of the label and its many offshoots. His personal film work is represented through hundreds of VHS tapes and master reels, as well as storyboards, correspondence, photographs, and notebooks demonstrate a singular artistic voice and talent. His design work foreshadows trends of the 1980s that defined the decade.