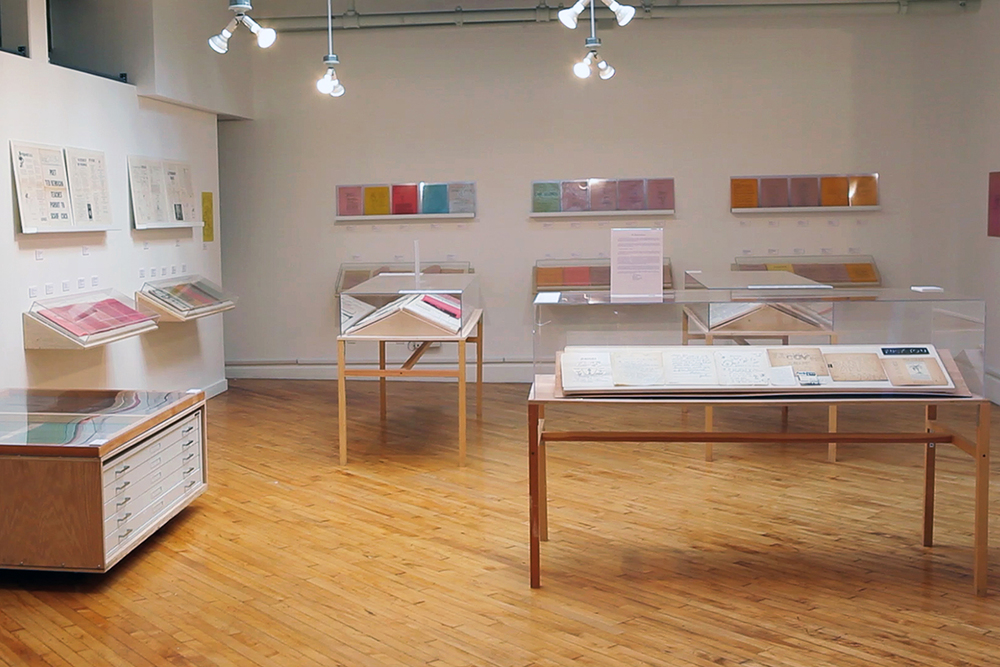 The run of Ed Sanders’ Fuck You Press publications that blazed through New York City’s underground scene between 1962 and 1965 still resonates with an almost supernatural vibrancy, urgency and what the Greeks coined as enthusiasmos. There were 13 issues ofFuck You / a magazine of the arts, printed from 1962 through 1965. Fuck You was a mimeographed journal, printed on a Speed-o-Print and later an A.B. Dick stencil duplicator (mimeograph), in an edition size of roughly 500 copies. In addition, Sanders published a multitude of mimeographed poetry titles during these years, alongside broadsides, manifestos and handbills.

Printing on a mimeograph was a cumbersome labor: All the gathered texts needed to be transferred to stencils, the illustrations cut meticulously by hand-held metal-tipped styli into the page of text, the sticky, awkwardly shaped stencil then attached to the drum of the mimeograph which supped on ink and spat some back. If one multiplies the paper sheets needed for an issue of the publication, (36 x 500 = 18,000 sheets), that needed to be collated and stapled to complete one issue, it truly baffles that this was a one-man operation.

This ‘zine was dedicated to free expression, defying taboo subjects, celebrating sexual liberation and the use of psychedelics years before the Summer of Love. Sanders and his collaborators bridged the Beats of the Fifties and the counterculture of the late Sixties, and helped define many of the differences between the two—the latter building on the breakthroughs initiated by the former.

In February of 1962 I was sitting in Stanley’s Bar at 12th and B with some friends from the Catholic Worker. We’d just seen Jonas Mekas’s movie Guns of the Trees, and I announced I was going to publish a poetry journal called Fuck You / A Magazine of the Arts. There was a certain tone of skepticism among my rather inebriated friends, but the next day I began typing stencils, and had an issue out within a week. I bought a small mimeograph machine, and installed it in my pad on East 11th, hand-cranking and collating 500 copies, which I gave away free wherever I wandered. (…)

Fuck You was part of what they called the Mimeograph Revolution, and my vision was to reach out to the “Best Minds” of my generation with a message of Gandhian pacifism, great sharing, social change, the expansion of personal freedom (including the legalization of marijuana), and the then-stirring messages of sexual liberation.

I published Fuck You / A Magazine of the Arts from 1962 through 1965, for a total of thirteen issues. In addition, I formed a mimeograph press which issued a flood of broadsides and manifestoes during those years, including Burroughs’s Roosevelt After Inauguration, Carol Bergé’s Vancouver Report, Auden’s Platonic Blow, The Marijuana Review, and a bootleg collection of the final Cantos of Ezra Pound.  —Ed Sanders