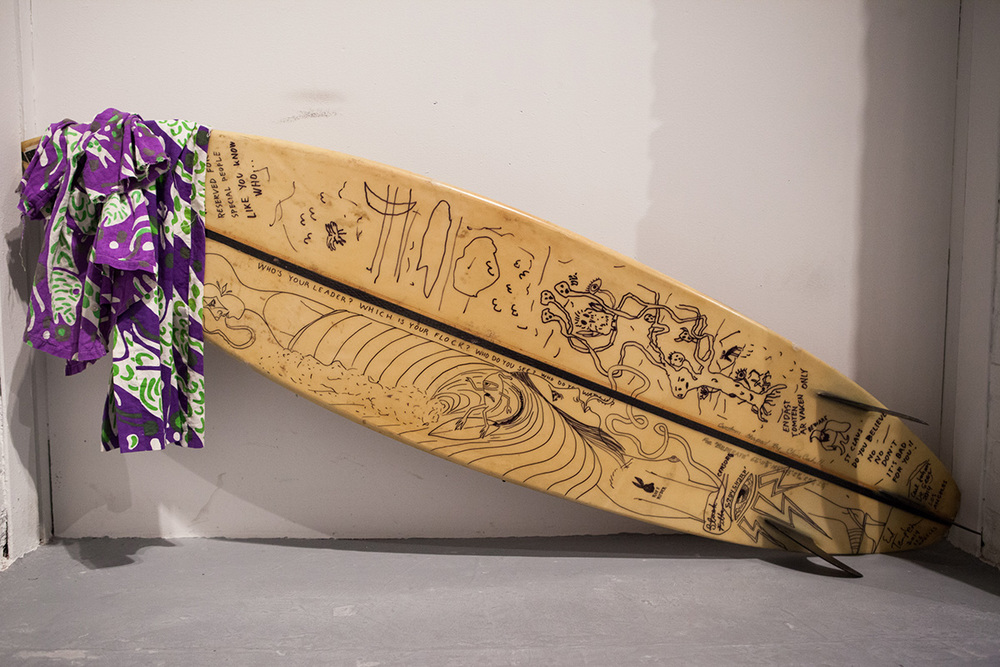 At the 2014 Printed Matter LA Art Book Fair at MOCA, Boo-Hooray hosted an exhibit, curated by Johan Kugelberg and Ed Templeton, devoted to Swedish 60s underground artist and photographer Carl Johan De Geer. The presentation included copies of work from his underground magazine Puss, original silkscreens, fabrics, and clothes that he made, as well as vintage black & white prints of life in Stockholm in the 1960s.

Carl Johan De Geer, born in 1938 into a powerful Swedish aristocratic family, grew up on a grand country estate with his grandparents, went to art school in the late 1950s, and in an epic choice of rejection lived his life to this day as a perennial Swedish underground artist, working in counterpoint to the privilege of his surname.

A masterful Leica M4 snapshot giant à la Ed Van Der Elsken or Moriyama, De Geer has the sacred ability to capture the monotone grit of everyday life and demand its reflection. The crumbling façades and interiors of buildings moments before demolition provide a backdrop to a culture where 1960s Stockholm bohemians were making love and raising families, paying rock bottom month-by-month rent.

Some of the prints in the show were utilized by De Geer as work samples, some were sold as postcards at Galleri Karlsson (back then you could make silver-gelatin 4 x 6 prints on postcard stock for pennies), some were used in the assembly of his rare 1980 photobook Med Kameran Som Tröst (the ones with notations), and a handful were used as exhibit prints.

His rarified work as a visual artist working in multiple dimensions, spans from the 1950s until today. De Geer works in splashes of vivid colors as a textile designer, as a painter, and as a creator of silkscreened posters, providing a bright and cozy decorative through-line in the often nomadic life of countercultural living arrangements. The intricate and playful designs, combined with vivid coloration, betray another medium where the artist is fluent. Among his occupations as photographer, painter, textile designer, and silkscreen artist, De Geer is also a filmmaker and a producer of documentary material.

Boo-Hooray published De Geer, an 80 page overview of Carl Johan De Geer’s striking photography. The publication comes in silkscreen covers. A deluxe edition of 200 was produced, which includes a signed vintage 4x6 photographic print. Each vintage print is different. Boo-Hooray also issued, in an edition of 23 copies, “The Phantom in Skanör,” a signed and numbered lithograph.