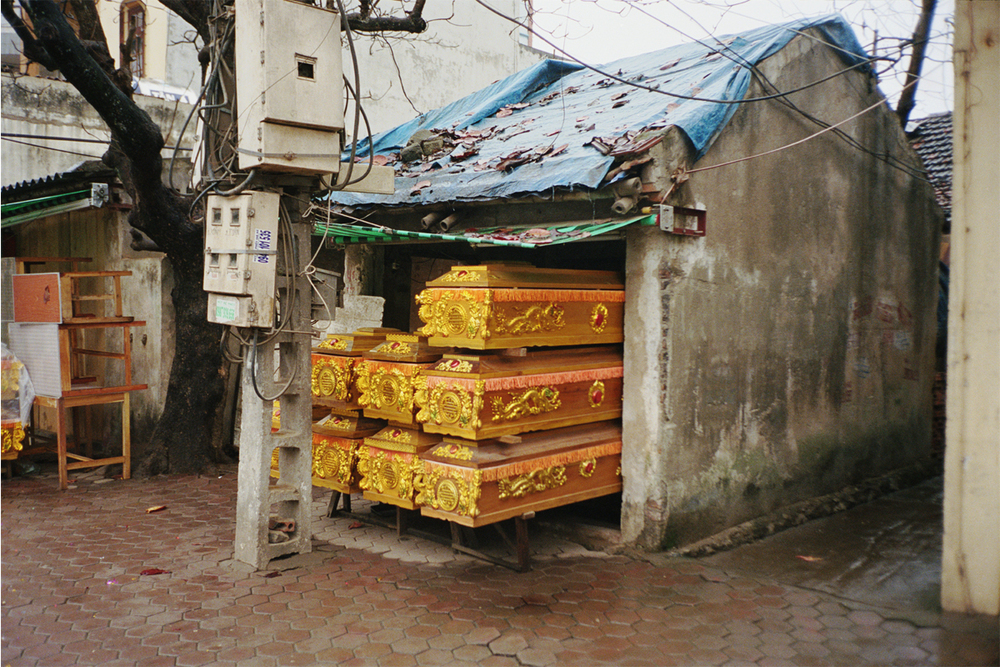 Boo Hooray is proud to present Religious Observance. A group photography show featuring: Jerry Hsu, Ray Potes, Andrea Sonnenberg, C.R. Stecyk III & Tobin Yelland - a collection of artists that are all connected through their fanatical love of photography. Their unwavering dedication to photography as an art form and means of expression, is devotional. One might even say photography is their religion. They observe life through their lens and are constantly trying to capture the moments of divine inspiration.

And so we have Religious Observance a show of artists who are Street photographers, skateboarders and zine makers, and thru their cameras, religious observers. Often putting themselves in new and different situations in an attempt to capture what unfolds naturally. The show is a collection of recent work, photography and videos that reflect their self-exploration and surroundings.

Artists in this show have been showcased at MOCA’s Art in The Streets, and as part of the Beautiful Losers traveling exhibition and movement. Religious Observance can be viewed at Boo-Hooray LA with a public opening reception on March 19th and on display until April 19th by appointment.

Boo-Hooray Gallery is an extension of Boo-Hooray in NYC. A collaboration between founder Johan Kugelberg and brothers Arlo and Gabriel Rosner, Boo -Hooray is dedicated to the organization, stabilization, and preservation of 20th and 21st century cultural movements, specializing in ephemera, photography, and book arts. We publish books, catalogs, artists’ books and LPs, as well as stage exhibitions internationally.

Photographer and zine maker Ray Potes has been making pictures for the past 20 years. With his start at age 14, today Potes edits and publishes ‘Hamburger Eyes Photo Magazine, a magazine inspired by the traditions that began with National Geographic and Life Magazine, dedicated to revitalizing the sensation of photography as a craft as well as a tool to record and document.

Today, his zine ‘Hamburger Eyes’ is one of the most sought after zines around the world, holding 100 pages at a run of 3000 copies. Based in San Francisco ‘Hamburger Eyes’ is carried in shops, stores, libraries, galleries, and museums across the entire planet. Potes’s work has been shown globally from Los Angeles, San Francisco, Auckland New Zealand, and profiled in Juxtapoz, Hearty, and Vice.

Photographer and Filmmaker Tobin Yelland started taking pictures of his friend’s skateboarding at age 15. His work features the day-to-day experiences of different characters through humor and rawness with youthful invincibility. Tobin’s work has expanded beyond the world of skateboarding to become a collection of images that lend voice to an entire generation transcending many locales and social identities. Tobin continues to make images of culturally important moments through his lens weather shooting stills or making films and he has a good sense of humor.

Photographer Craig R Stecyck III Lives and works in Los Angeles. As a result of familial and neighborhood connections in the Venice and Santa Monica areas of Los Angeles, Stecyk grew up around car “customizers” and auto-style progenitors like George Barris, Dutch Darrin, Von Dutch Howard, Phil Hill as well as legendary surfers and board builders Dave Sweet, Dale Velzy, Miklos Dora and Greg Noll. In the late 1970s, as an original member of the “Dogtown” skateboard gang in Southern California, Stecyk changed the look and attitude of skateboarding forever. He began his career as a surfboard designer and graphic artist while working out of the small Zephyr surf shop.

Stecyk is considered one of the first to incorporate many outlaw elements of surf and skate culture into the equipment and attendant gear. He is perhaps best known as a documentary photographer. His articles and photo essays of the 1970s for Skateboarder magazine set a standard for throngs of rebellious individualists to follow. This original documentation of the mid 1970s Dogtown scene altered the lives of a generation, inspiring confidence and encouraging the rebel instinct to flourish.

Since then, Stecyk has continued his documentary recordings, immersing himself in Southern California’s surf, hot rod and low rider scenes. In 1993, he curated the highly successful exhibition, Kustom Kulture, at the Laguna Art Museum, which featured such seminal underground artists as Robt. Williams, Von Dutch and Roth. Stecyk also organized Surf Culture: The Art History of Surfing, was a founding member of the Juxtapoz magazine collective, and was the production designer and writer of the Sundance Film Festival award-winning Dogtown and Z-Boys.

Andrea Sonnenberg is a 25-year-old photographer born and raised in San Francisco. As a self-taught artist, she has been shooting with 35 mm film since she was 14 years old and is described as a documentarian first and foremost. She has spent the past 11 years shooting those around her, bringing an unflinching honesty to the portrayal of the lifestyle led by herself and her peers. Her photographs depict those antics in a unique and passionate fashion, giving the viewer an intimate glimpse into another world, but there’s a depth to her work that reveals a lot more than a simple celebration of hedonism.

Sonnenberg’s mastery of the medium is in part due to the perseverance and dedication she has devoted to her practice, as well as, her raw talent and ability to spot these instances. She has partaken in over 12 shows in a few short years, and In 2011, as the youngest artist to be featured, her photos were exhibited at MOCA as a part of the “Art In the Streets" Exhibition.

Jerry Hsu was born and raised in San Jose, California. In 1997, he began his career as a professional skateboarder. Around the same time, Hsu took an interest in photography, particularly street photography. Since then he has participated in various group shows in the United States and abroad, with his first solo show in 2010. His work has been published in books, magazines, and countless zines. He also maintains two conceptual blogs that feature his cell phone photography. You can find them at nazigold.tumblr.com and Table-for-1.tumblr.com. He now lives and works in Los Angeles.