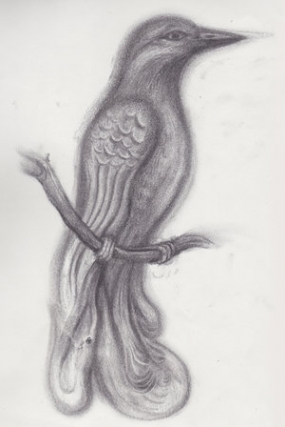 Mixed media artist Aurel Schmidt brings eye-staggeringly intricate works on paper to Montauk. From bats and smiling sunflowers to flies on the wall – no matter how close a look one gets at her work, the level of detail remains unbelievable.