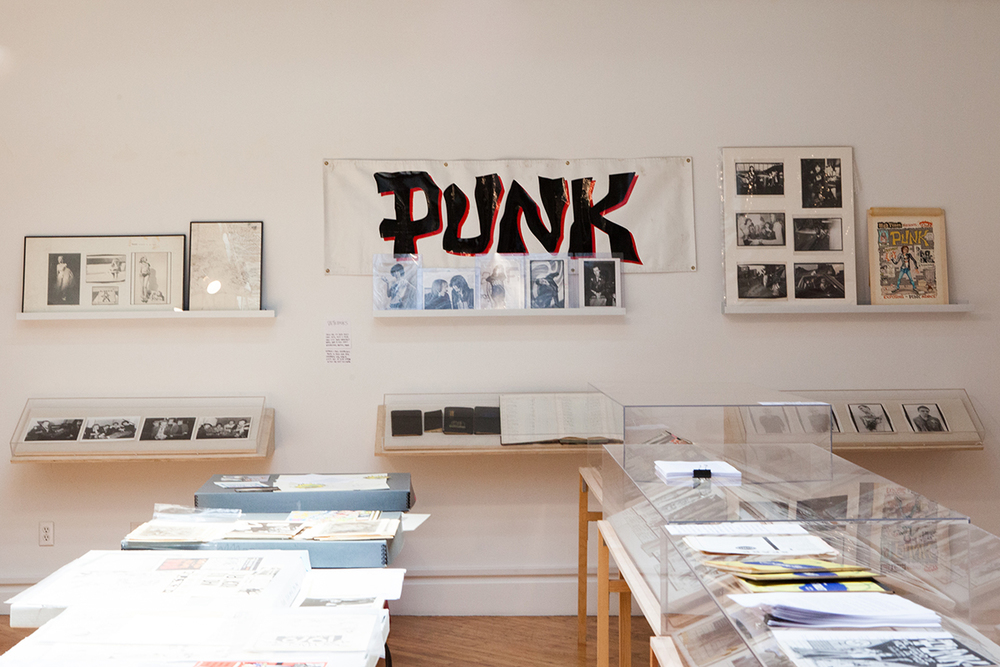 Punk Magazine was founded in 1975 by John Holmstrom, Ged Dunn and Legs McNeil. The publication’s use of “punk rock” led to its worldwide acceptance as the defining term for the bands that were producing a new sound and stance during the mid-1970s. Fifteen issues were published between January 1976 and October 1979. A special issue was produced in 1981 to commemorate the release of the Sex Pistols documentary DOA.

Punk quickly became the premier vehicle for examining the American underground music scene, predominantly at CBGB’s and Max’s Kansas City in New York, but also in LA, San Francisco, and Cleveland as well, along with coverage of bands and personalities from Great Britain, France, and Australia.  The magazine was ultimately as influential in defining punk attitude, punk design, and punk style as the Ramones, the Sex Pistols, Vivienne Westwood, and Malcolm McLaren. The influence of Punk’s innovative graphic design can be regularly spotted today on websites, in magazines, in advertising, on book jackets and in fashion, mostly uncredited and usually blatantly lifted.

The photography collection in the archive is a gathering of original prints by not only key photographers from both sides of the Atlantic, but regional and obscure figures as well. The archive also contains a vast collection of production materials, including original maquettes, layouts, assembled paste-up boards, hand-lettered texts, typesetting, original artwork, photography, veloxes, stats, photocopies, and proofs.

Highlights of the manuscript archive include Holmstrom’s fly-on-the-wall notes from the Sex Pistols’ tour as it unfolded in January of 1978. Extensive unpublished transcriptions of conversations with Patti Smith, Richard Hell, Johnny Rotten, The Ramones, and others are also in the archive. Original interview tapes are on the cassette format as well as digital files.

Media includes signed association copies of first pressing LPs by The Ramones, Blondie, The Dead Boys, Television, and other popular acts alongside local and regional punk music releases sent to Punk Magazine from 1976 until 2001.