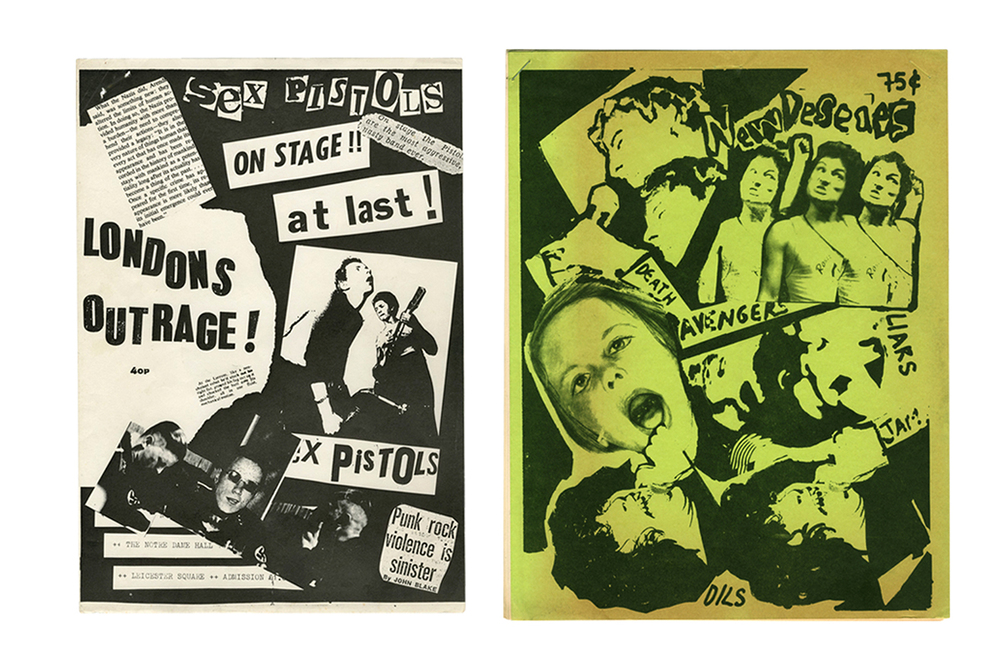 The Punk movement of the 1970s and early 1980s had a deep impact on music and film, and also revolutionized design in graphics, fashion, typography, collage and mimeograph art, providing direction for both today’s DIY culture and haute couture. Johan Kugelberg founded the Cornell University Punk History Archive. The holdings have since increased with materials donated by author Jon Savage (England’s Dreaming) and record executive Geoffrey Weiss.

The archive consists of approximately 3,000 items documenting English and US punk, and post-punk music, ca. 1974-1986. There are approximately 365 flyers and posters for bands famous and obscure (The Clash, the Sex Pistols, the Mutants, the Nuns) and 1,300 fanzines such as Chainsaw, Sniffin’ Glue, Forced Exposure, Let it Rock, Punk, and Ripped and Torn. There are flyers and collage work for both punks and Situationists by Jamie Reid, designer of some of the most important visuals of the time, and hundreds of sound recordings. The archive also includes hundreds of photographs of performers such as Blondie, Television, and Iggy Pop. Along with vintage t-shirts and other articles of clothing are many designed by Vivienne Westwood and Malcolm McLaren.

Kugelberg’s archive also includes cover art and mechanicals, page proofs, drawings and paintings; and other ephemera such as a menu from Max’s Kansas City, press kits for the New York Dolls, punk badges, flyers relating to the May ’68 Paris student uprising, and anti-Sex Pistols handbills. 157 books in the archive are cataloged separately.