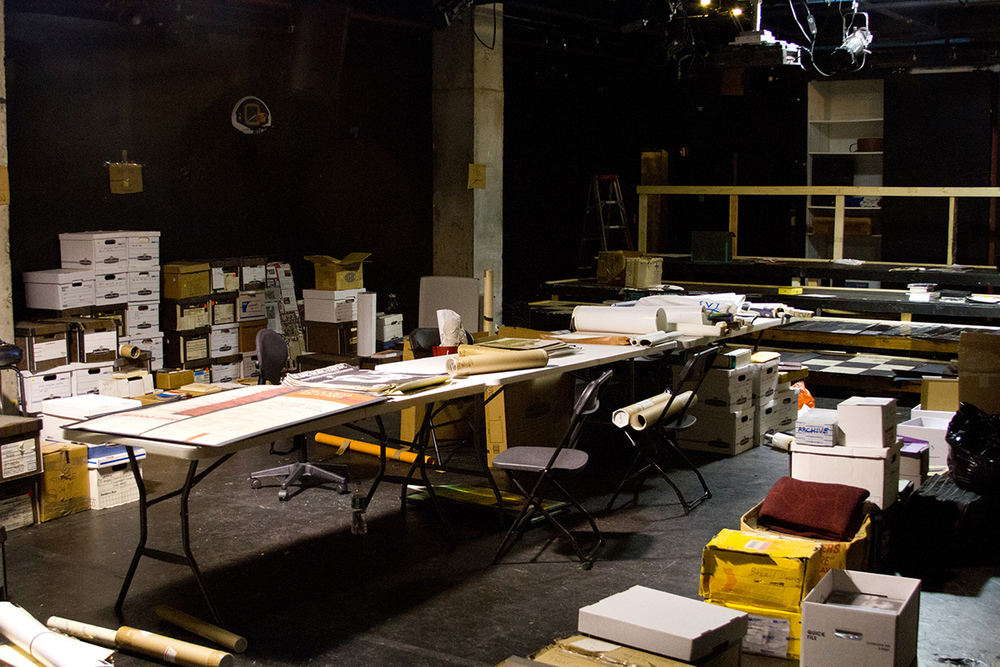 About Living Theatre at Yale

The Living Theatre was founded in 1947 by Judith Malina (1926 - ), who studied theatre with Erwin Piscator, and Julian Beck (1925-1985), an abstract expressionist of the New York School. During its active existence, until 2013, the company staged almost one hundred productions, performed in eight languages in 28 countries, on five continents, proving to be one of the more influential groups in postwar theatre. In the 1950s and 60s the Living Theatre did unconventional stagings of poetic drama, including works by Gertrude Stein, William Carlos Williams, and Paul Goodman as well as European dramatists rarely produced in the US (Cocteau, Lorca, Brecht, and Pirandello).

Even as their influence in New York’s Off-Broadway movement grew, the company repeatedly had its venues closed by the New York Fire Department, the New York Buildings Department, and finally, during the presentation of “The Brig,” the IRS. In response, the Living Theatre became a traveling touring ensemble, during the 1960s evolving into a collective, where members developed new forms of acting based on political and physical commitments on the part of both actors and audience. During this time the company’s new productions included Mysteries and Smaller Pieces, Antigone, Frankenstein, and Paradise Now.

During the 1970s the company performed in locations as varied as the Pittsburgh steel mills and the favelas of Brazil, and returned to New York in the 1980s. Beck died in 1985; cofounder Malina, the company’s new director, Hanon Reznikov, (1950 – 2008) who’d been with the Living Theatre since seeing them perform at Yale in 1968, and the company carried on, presenting new plays every year. In the 1990s, the company returned to Europe for several years before moving back to the US. After Reznikov’s unexpected death in 2008, Malina led the company until its most recent theatre closed, in 2013.

This archive contains scripts and production materials on Living Theatre works ranging from Mysteries and Smaller Pieces (1964) to Here We Are (2013), and an assemblage of scripts received by the Living Theatre. Voluminous manuscript diaries are also included, detailing the day-to-day life of theatre members. The business records of the company contain financial records, grant and loan applications, material pertaining to fundraising drives, and cast/crew job applications. Malina’s postcard collection is in the archive, along with 12 boxes of correspondence, and manuscript notebooks by both Malina and Reznikov.

Books inscribed to Beck, Malina, and Reznikov by such fellow artists as Allen Ginsberg, Lawrence Ferlinghetti, Michael McClure, and Diane di Prima are included, along with watercolor set designs, drawings, paintings, sketches by Reznikov and other members of the company.

In the archive are theatrical programs, many annotated by Malina, or signed by cast members; over 250 photo prints of the Living Theatre, its performances, and its members; theatrical props, maquettes, and costumes; and audiovisual materials including DVDs, videotapes, and audiotapes of unpublished interviews with Malina and Beck.