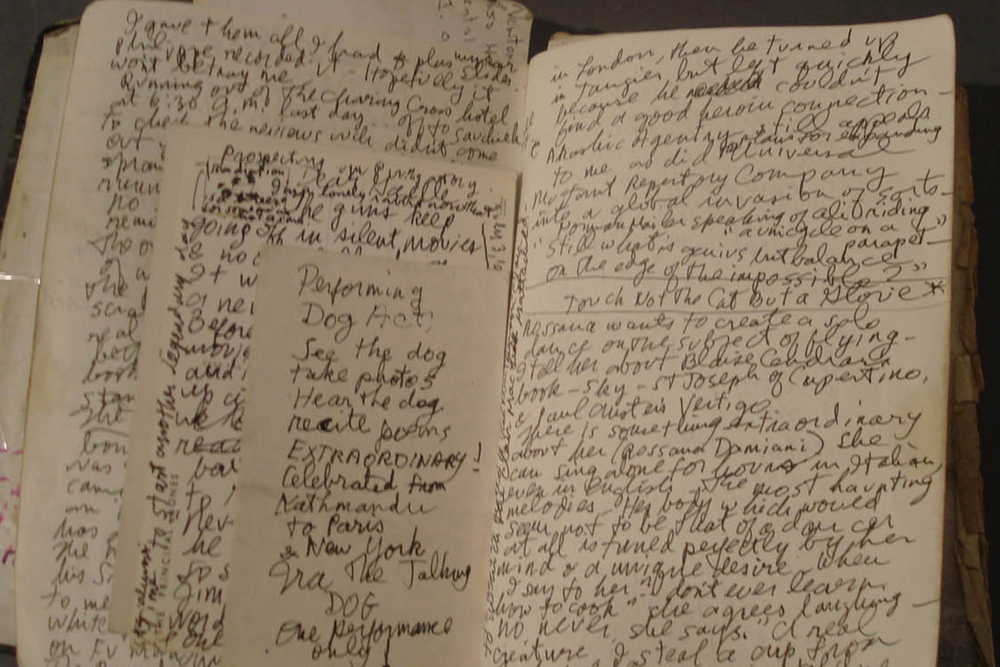 Ira Cohen (1935-2011), American poet, artist, underground filmmaker, and photographer, spent the early 1960s in Tangier, Morocco, where he lived and worked with William S. Burroughs, Brion Gysin, and Paul Bowles, publishing a broadsheet by Burroughs as well as preparing his first major work, the anthology Gnaoua (1964), which contained work by Burroughs, Gysin, Jack Smith, and others. It is notably featured in the cover photograph of Bob Dylan’s album, Bringing It All Back Home.

After returning to New York in the late 1960s, Cohen developed and perfected the “mylar chamber” photography process, producing distorted, iconic mirror portraits of Jimi Hendrix, Jack Smith, Angus MacLise, Pharaoh Sanders, and William S. Burroughs, among others. In 1966 he wrote and published The Hashish Cookbook (under the name Panama Rose) and released Jilala, a record of Moroccan trance music recorded by Paul Bowles and Byron Gysin five years before the release of the better-known Brian Jones Presents the Pipes of Pan at Joujouka. In 1968 he made The Invasion of Thunderbolt Pagoda, a baroque and psychedelic experimental Mylar film, and in the same year produced Paradise Now in Amerika, documenting the Living Theatre’s 1968 tour (during which time he, along with Living Theatre founders Julian Beck and Judith Malina, was arrested for public indecency following a performance at the Yale Repertory Theatre).

In the 1970s he lived in Kathmandu, Nepal, and operated the publishing house Bardo Matrix, publishing books and broadsheets on handmade rice paper by Gregory Corso, Charles Henri Ford, Paul Bowles, Angus MacLise, and others, as well as several books of his own including Gilded Splinters and The Cosmic Crypt. After returning to the United States in the early 1980s, he continued to write and publish poetry as well as editing the work of contemporaries, and staging exhibitions of his photography. In 1986, he directed the film Kings With Straw Mats, a documentary about India’s annual pilgrimage of sadhus and holy men, the Kumbha Mela festival.

The archive consists of manuscripts, drafts, unpublished writings, original photographs, notes, contracts, sound recordings, films, published works, and the most complete run of publications from Cohen’s Bardo Matrix Press in existence. There are ca. 4800 individual pieces of correspondence, including Cohen’s personal exchanges with fellow poets, filmmakers, playwrights and photographers such as Robert LaVigne, Michael McClure, Don Snyder, Janine Pommy Vega, and others. Of particular interest is the correspondence between Cohen and members of the Living Theatre, supported by ephemera and playbills, and an extensive archive of correspondence with Gerard Malanga, supported by original prints of Malanga’s photography. There are also many of the original prints from From the Mylar Chamber, as well as other media: film, video, and audio recordings of interviews, readings, and performances featuring Cohen and other notable authors, artists, and filmmakers.

The archive is now at the Beinecke Rare Book & Manuscript Library at Yale University.