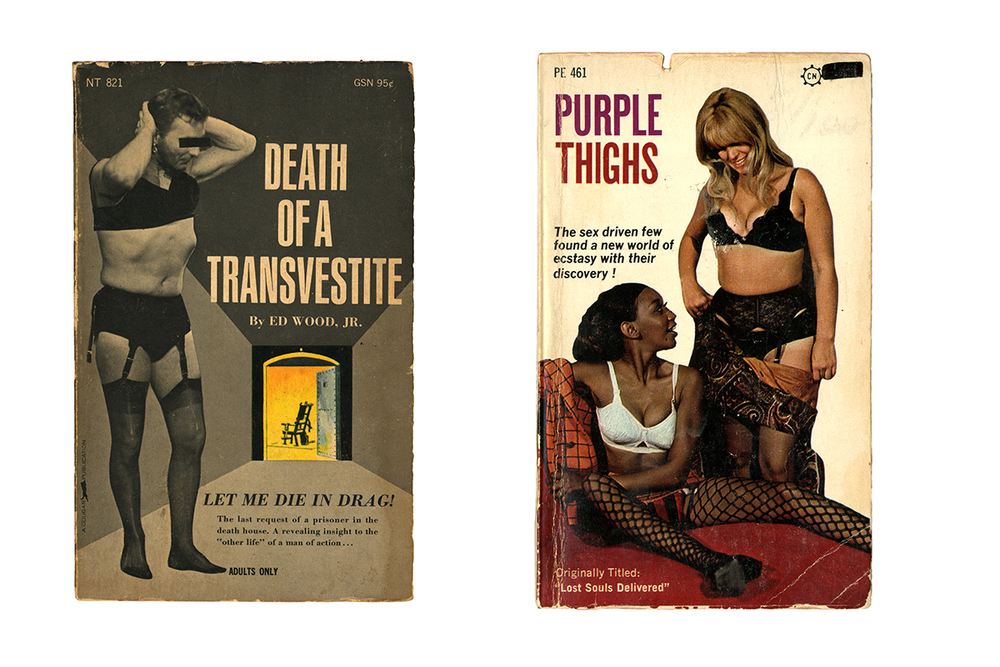 Edward Davis Wood Jr.’s career as an author of pornographic pulp fiction is even more complicated and unusual than his career as a film director. By the early 1960s, having run out of the funding needed to continue making his own movies, he began writing pornographic literature for quick money (as well as working, when he could, on porn films – softcore in the 60s, hardcore by the 70s). Using a variety of pseudonyms as well as his own name, he published and republished books under different titles, for the sort of publishers whose books were non-traditionally distributed, where more than one author shared the same name, which rarely kept records, or paid royalties.

Wood’s sleaze fiction is as strange, idiosyncratic and out of step with his times and mores as his infamous movies. In the 1960s his quickie pulp narratives are interspliced with lengthy philosophical, sociological and psychological discourse, often told in first person, many times dealing with the life of a transvestite in the buttoned-up America of the 1950s. His inner psyche is as much on display, both deliberately and accidentally, in these novels as it is in his films. As Wood descended further into alcoholism and poverty, and as his opportunities to make even hardcore porn films vanished, his writing showed ever-fewer flourishes of his eccentric personality, until finally there were nearly none at all. He died in 1978 of an alcohol-induced heart attack.