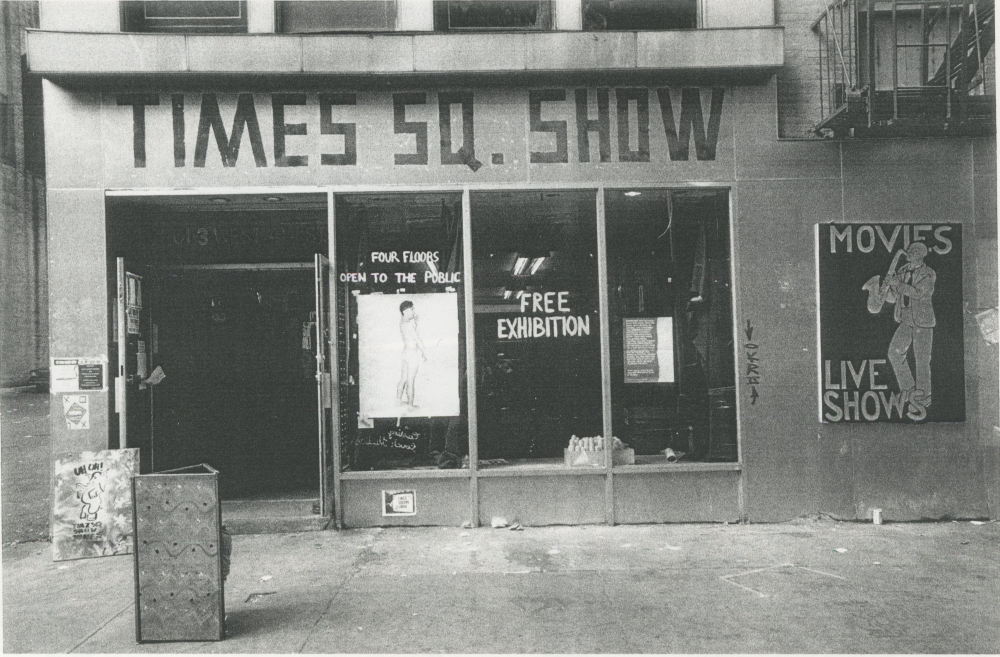 This archive comprises material related to the life and work of painter Jane Dickson and filmmaker Charlie Ahearn, and their life and partnership intertwined with the careers of their peers in the downtown New York art world of the 1970s and 1980s. The range of material roughly describes the emergence of that community through Ahearn’s/Dickson’s participation in the artist's groups Collaborative Projects (Colab) and Fashion Moda, as well as their involvement in three highly influential art exhibitions in the latter half of the 20th Century: the Real Estate Show (1980), the Times Square Show (1980), and the “Messages to the Public” series (1982).

Jane Dickson began her formal career in 1978 after studying at Harvard University and the School of the Museum of Fine Arts, Boston. Having moved to New York, she became a participant in the emerging downtown arts community then beginning to incorporate a number of disparate groups of artists, rock musicians, and hip-hop pioneers. After meeting Charlie Ahearn, Dickson joined Colab; she and Ahearn married in 1983. In 1980, Colab secured funding for and presented the Times Square Show, a multidisciplinary exhibit that gathered the work of over a hundred artists, including Jean-Michel Basquiat, Keith Haring, Jenny Holzer, and David Hammons and which proved to have long-lasting influence on curatorial programming. In 1982, Dickson proposed and coordinated the “Messages to the Public” series for the Public Art Fund, displaying art texts on the Spectracolor LED billboard in Times Square.

After she and Ahearn moved to an apartment above a drag club in Times Square, Dickson began to expand the subject matter of her own work by incorporating scenes of the city’s street life. She was later the subject of a 1994 traveling museum retrospective, a 1996 exhibition at the Whitney Museum of American Art at Philip Morris, and three solo exhibitions at Marlborough Gallery; her work is included in the permanent collections of MoMA, the Chicago Art Institute, and the Walker Art Center, among 22 other major institutions.

Charlie Ahearn’s trajectory as the filmmaker of hip hop is well-documented. As a parallel discourse, his work as a visual artist, photographer and author brings the powerful trajectory of how uptown hip hop met downtown new wave into focus. This New York dialogue of the 1970’s and 1980’s has global cultural impact that is still to this day gaining in force and focus. He regularly lectures at museums and academic institutions around the world, has been featured in numerous film festivals and institutional film programs and continues to write on hip hop and related topics.

The unique life partnership of these two multi-faceted artists as preserved in this archive, brings into focus how extraordinary the presence of open cultural minds at the epicenter of cultural change is. The importance of this unique trajectory, how Charlie Ahearn and Jane Dickson served as a key conduit between uptown hip hop culture and underground culture uptown which has ramifications for years to come. Numerous graduate student papers have already resulted in communications with these two active and communicative artists, there will be hundreds more as this amazing place and time continues to be explored by historians and students of 20th century culture and its ramifications into the 21st.

This archive contains approximately 38 linear feet of material, including original manuscripts and correspondence related to her own work and to the planning of Ahearn’s films The Deadly Art of Survival (1979), Wild Style (1982) and Doin’ Time In Times Square (1991); fundraising documents for several Colab projects; original artwork by Dickson, Ahearn and others; audio cassettes featuring interviews with artists and collaborators; typescripts and mimeographs; oversize art; and a collection of 135 artist books and novels, 255 exhibition catalogs and advertisements, and 84 periodicals inscribed by Ahearn, Na Goldin, Orshi Drozdik, Robin Kahn, Leo Golub and Nancy Spero, and others. The Archive includes significant contributions from Kiki Smith, Glenn O'Brien, David Wojnarowicz, Lynne Tillman, Patrick McGrath, Coleen Fitzgibbon and Gary Indiana.