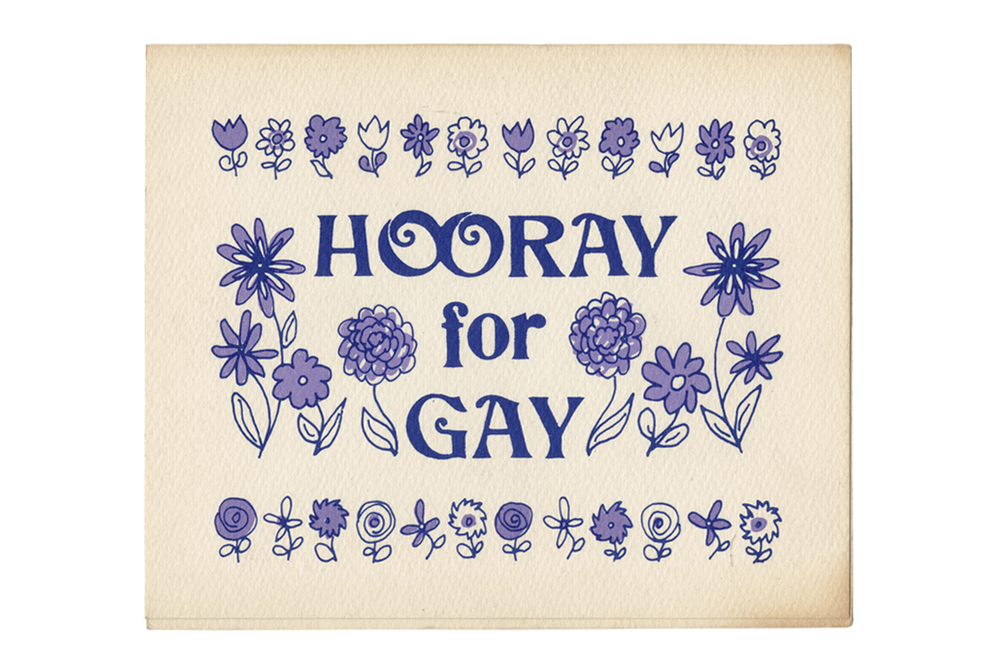 Cornell University Library celebrated the 25th Anniversary of its Human Sexuality Collection with an exhibition of pre-Stonewall gay and gay-themed imagery at Boo-Hooray. The exhibit was drawn from the Collection of Harry Weintraub, a New York City labor lawyer, who took more than three decades to amass the collection’s 20,000 gay-themed photographs and print items. Some date back to the 1860s, and they range from formal 19th-century portraits to candid snapshots and Hollywood stars’ studio portraits. The exhibition ran from March 30th through April 8th, 2013.

The Harry Weintraub Archive is a unique, world-class resource that deepens both our knowledge and our understanding of 20th century gay male culture. Spanning half a century but focusing on the 1940s through the 1970s, this collection reveals a world that was still almost entirely subterranean: illegal, persecuted, despised.

As historians and writers on counter-culture, we feel that the 20th century gay narrative is one of the most unexplored strands of aesthetic, cultural and political thought of the last 100+ years. Its echoes can be seen everywhere these days in pop culture, graphic design, film and stage and music.

Many of the men in these photos and collages are trapped in their time: many are so ashamed, guilt-ridden, or burdened by social pressures, that they hide their faces (but not their cocks!) or wear masks. This alludes to the mask that gay men had to wear in straight society during those years, when exposure could mean imprisonment, loss of employment, ostracism.

It is also evidence of the secret handshakes and systems of signals prevalent in a subculture. When such a subculture is derived from the core human condition of sexuality, the gameplay of concealment and revelation tell plenty about how all of us, gay and straight, choose to present ourselves and the differences between our public and private life – who we are and who we choose to present to others.

What’s so great about this extraordinary, unprecedented weight of samizdat imagery is that it shows the inhabitants of this underworld living, working, having sex, and having fun in total defiance of everything that they have been told. It is this indomitable spirit – this sheer sense of glee, of saying ‘up yours’ – that Harry Weintraub sought to record, and that we at Boo-Hooray wish to celebrate.