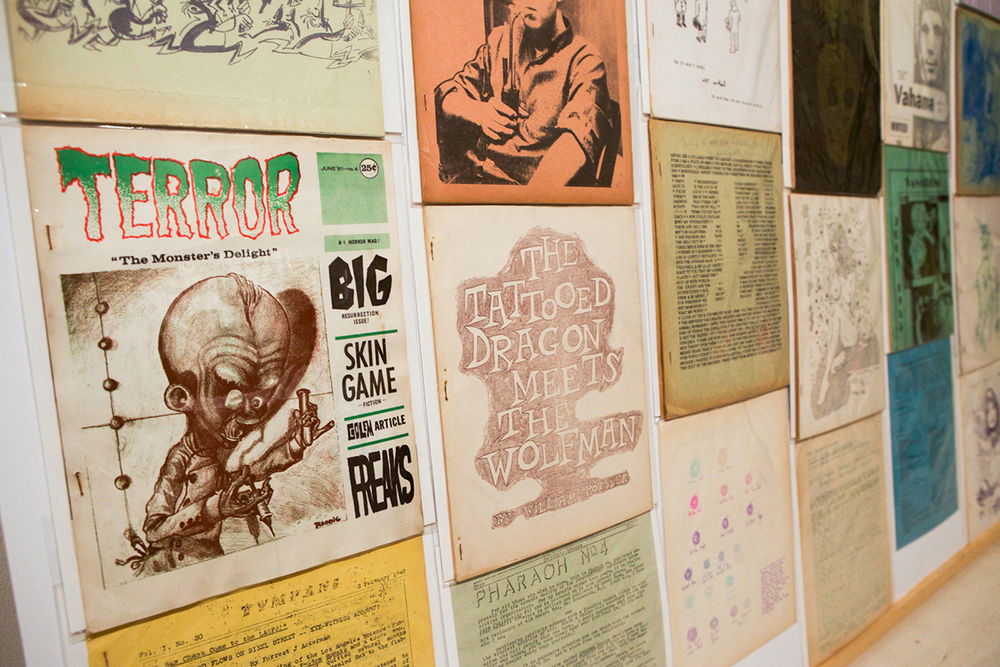 This September at the Printed Matter New York Art Book Fair at PS1, Boo-Hooray is exhibiting the science fiction fanzine collection of Lenny Kaye, member of The Patti Smith Group, legendary compiler of Nuggets, music historian, and a once teenage SF fanzine editor/publisher/contributor. Ranging from 1941 to 1970, these fanzines represent ground zero for the zine explosion that was to come years later in rock, punk, skate, fashion, and art. They are the origination of modern DIY publishing.

Primarily published on mimeograph machines, science-fiction fanzines were initially small-run circulars traded amongst fans that offered criticism, letters to the editor, and gossip amongst the SF, fantasy, and horror communities from the 1930s up until digital. These fanzines are about science-fiction subculture, sometimes serious, sometimes crazy, and sometimes serious and crazy. This reflects in the visionary amateur art of the illustrations and covers, which function as stand-alone art experiences outside of the realm of anything we've ever seen. The writing is also blindingly enthusiastic. Many of the best known authors of our age, including Robert Silverberg, Harlan Ellison, William Gibson, and Marion Zimmer Bradley got their start writing for these homemade publications.

The distribution systems, terminology, and aesthetic of SF fanzines were transferred directly into the earliest rock fanzines, which were in turn instrumental in the explosion of punk rock in the mid to late 1970s. Many major rock fanzine writers, including Lester Bangs, Greg Shaw, Paul Williams, and of course Lenny Kaye, also wrote for SF fanzines.