Boo-Hooray is dedicated to the organization, stabilization, and preservation of 20th and 21st century cultural movements. We place artists’ and organizations’ archives with universities and museums; publish books and catalogs; sell rare books, photography, and ephemera; and stage exhibitions. 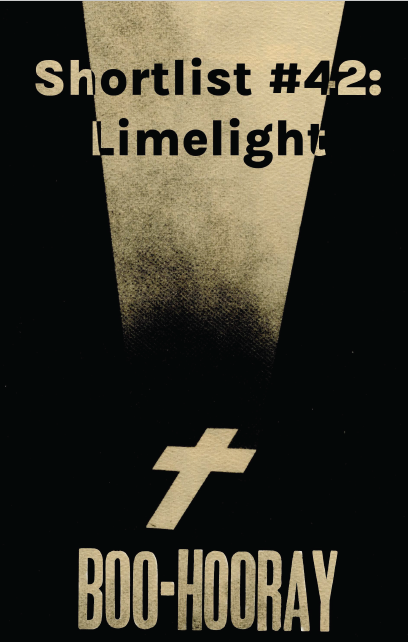 Boo-Hooray is pleased to present our latest shortlist, gathering flyers and ephemera from Limelight, the mega club that had an unprecedented two decade run as New York's premier party palace. 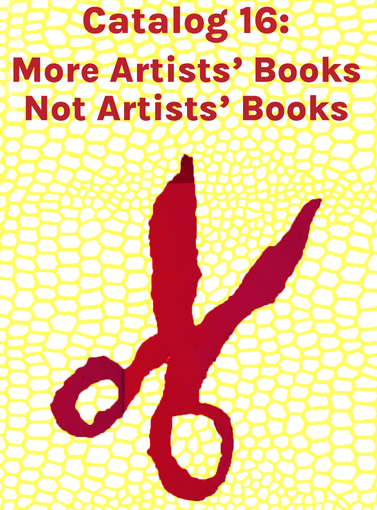 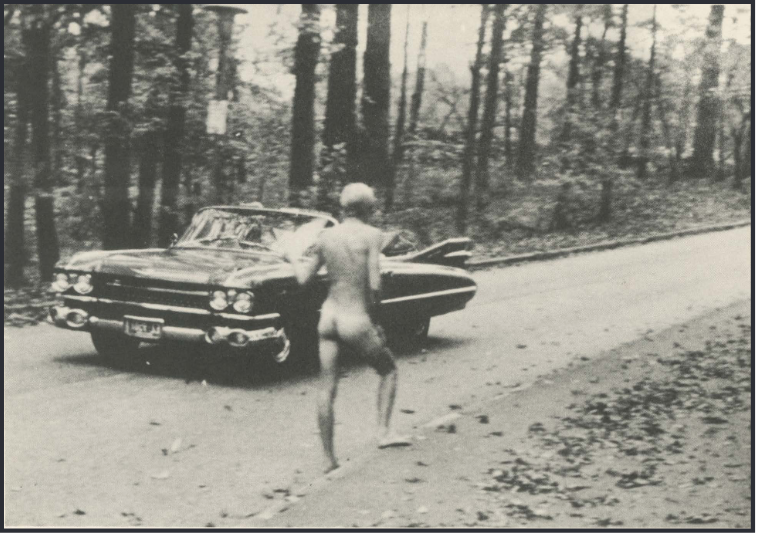 Boo-Hooray is proud to present our latest shortlist, gathering ephemera from John Waters’ earliest 8mm and 16mm short films and his breakthrough in the early-70s midnight film circuit. 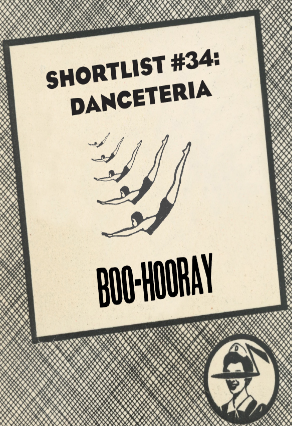 oo-Hooray is proud to present our latest shortlist, gathering flyers and ephemera from Danceteria, the 1980s New York mega club that united art, nightlife, and bohemian lifestyle in the early years of the AIDS crisis and New York's social and spatial reconfiguration in the interests of the finance and real estate industries. 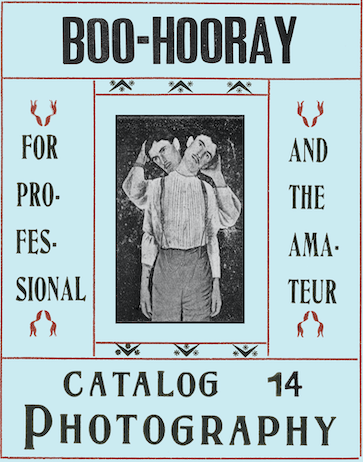 Boo-Hooray is proud to present a catalog dedicated to photography and photobooks, a survey of amateur and professional work throughout the 20th and 21st Centuries. 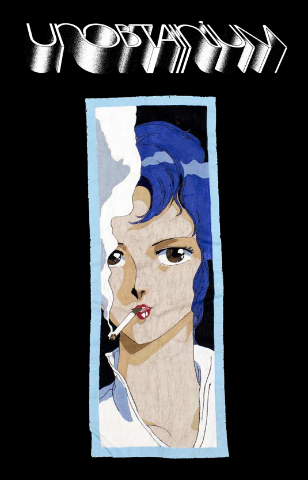 Boo-Hooray is proud to present Unobtainium, Vol. 2. This catalog gathers the more extraordinary items we’ve come across in the recent past. The catalog includes the first use of the Crass logo (item no. 7), the working archive for Madonna’s Sex book (item no. 1), the rare premier issue of the underground newspaper the East Village Other (item no. 21), the codpiece pants designed by former Black Panther Eldridge Cleaver (item no. 12), the banner Keith Haring made for his favorite sushi restaurant (item no. 67), and many more rare and unique ephemera. 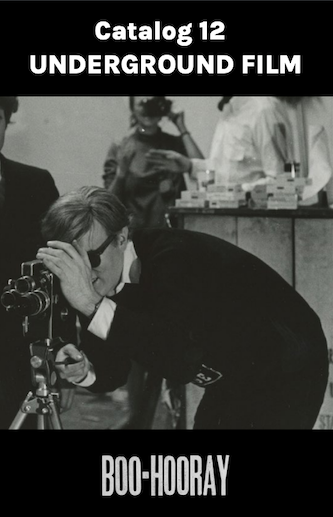 Check out the catalog >> 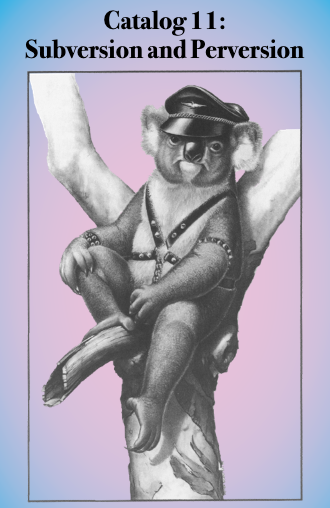 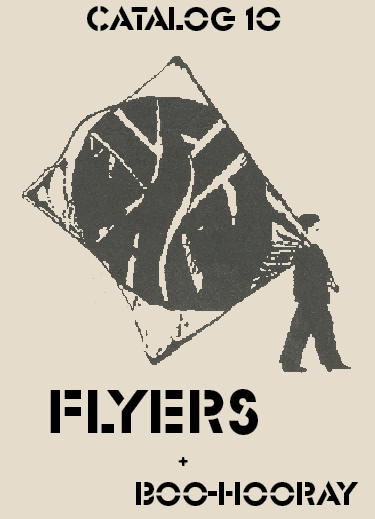 Boo-Hooray is proud to present our tenth antiquarian catalog, exploring the ephemeral nature of the flyer. We love marginal scraps of paper that become important artifacts of historical import decades later. In this catalog of flyers, we celebrate phenomenal throwaway pieces of paper in music, art, poetry, film, and activism. 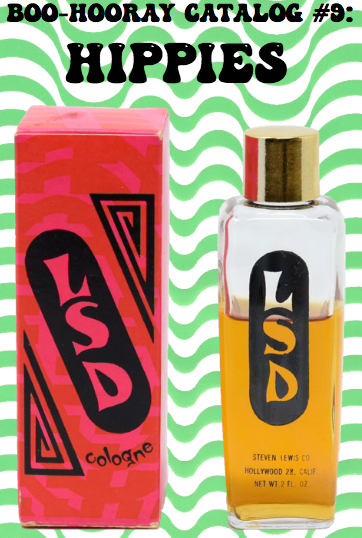 Born into the dawn of the Cold War, confronted by the possibility of nuclear annihilation, American intervention in the Global South, and rising racial strife, many young people sought to build a new culture, a new society, and new ways of life. Beginning in San Francisco and New York in the mid 1960s, building off of the remnants of the beat generation, new youth cultures began to emerge. For some this meant militant activism for social reorganization; for others, new self-exploration. 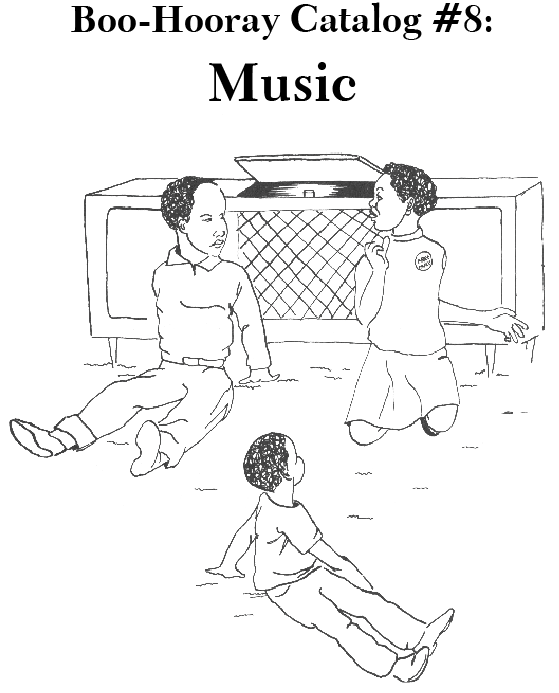 Boo-Hooray is proud to present our eighth antiquarian catalog, dedicated to music artifacts and ephemera. Included in the catalog are unique artwork by Tomata Du Plenty of The Screamers, several incredible items documenting music fan culture including handmade sleeves for jazz 45s, and rare paste-ups from reggea’s entrance into North America. Readers will also find the handmade press kit for the early Björk band, KUKL, several incredible hip-hop posters, and much more. 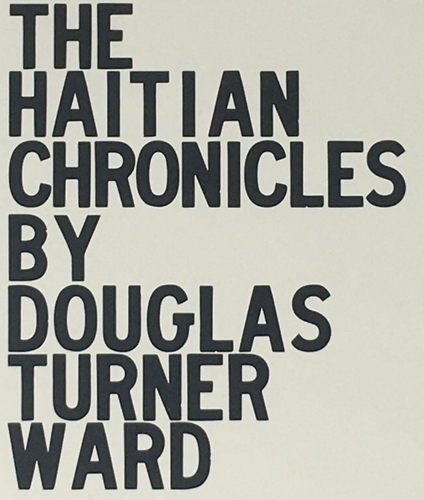 Boo-Hooray is pleased to announce the release of The Haitian Chronicles, a stunning new volume by Douglas Turner Ward - actor, director, playwright, and founder of the Negro Ensemble Company.

The Haitian Chronicles is a graphic and brutal history of the Haitian Revolution told across 3 plays. It is the latest work by the influential and ground-breaking playwright Douglas Turner Ward and the first new work of his to be published in several decades. Though much of his earlier work has been short one-act satires, The Haitian Chronicles takes place across three long plays: The Rise of Toussaint, The Fall of Toussaint and the one-man drama, Dessalines. Previously unpublished and as yet unperformed, The Haitian Chronicles is part of Ward's political project of satirizing, dramatizing, and revealing the structures of white supremacy throughout the history of this so-called civilization. 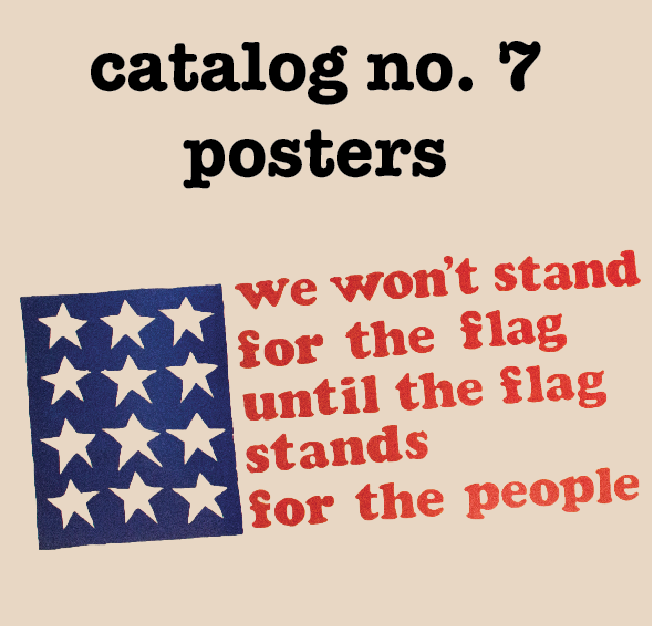 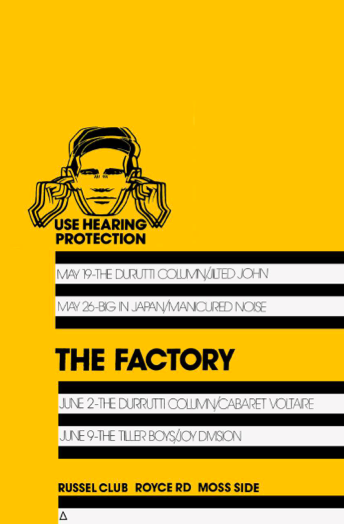 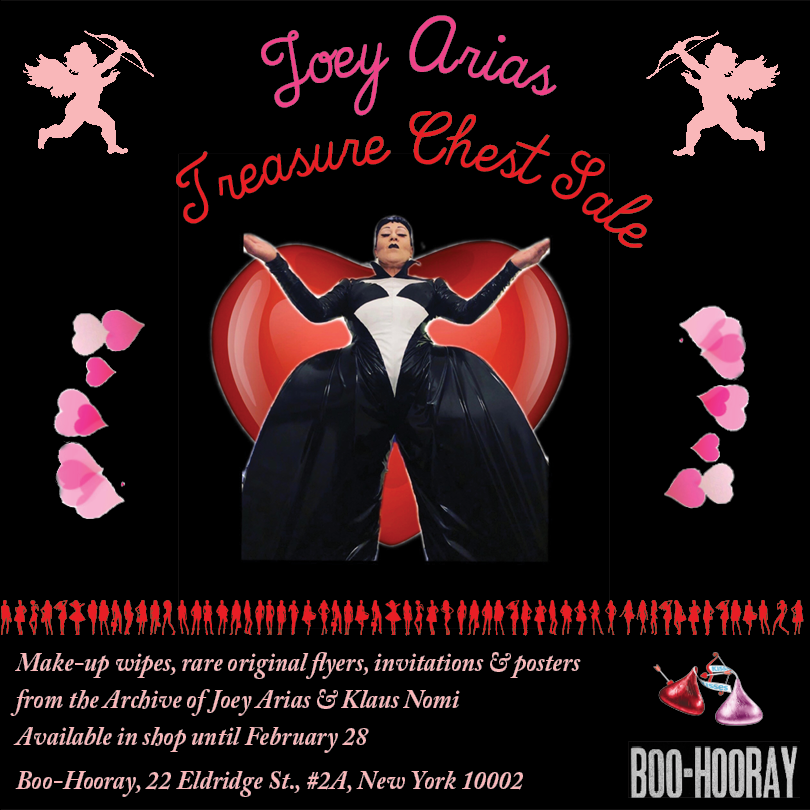 Join us for a Valentine's Spectacular with Joey Arias! Featuring Jono Mainelli on keyboards, Arias will woo and delight you and your lover(s).

EXCLUSIVE t-shirts, makeup wipes, and original vintage ephemera from the archives of Joey Arias and Klaus Nomi will be available on our website beginning on Valentine's Day. These items will also be on display in our shop, awaiting your perusal M-F 12-6pm, through February 28th.

Mingle, shop, and sip champagne before and after the show - pick up a copy of the newly reprinted special edition of the Joey Arias comic book, released by Boo-Hooray & signed and numbered by Arias! 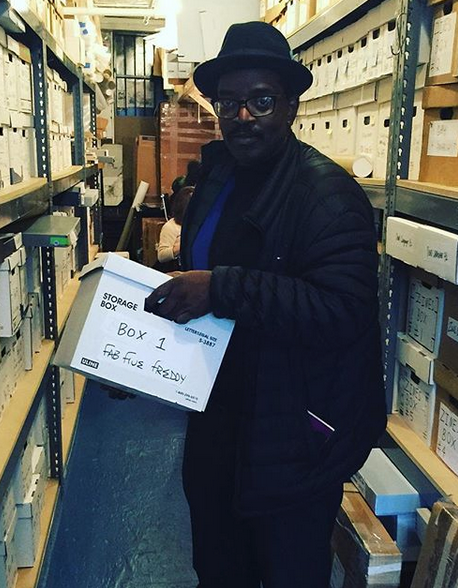 The Fab 5 Freddy Archive consists of Freddy’s production materials and business records, scripts, treatments, and creative notes. The Archive also consists of a substantial collection of reel-to-reel tapes, VHS, CDs, and DVDs from Freddy’s career. Because of Fab 5 Freddy’s icon status, his archive follows the thread of hip-hop internationally including the narratives of lesser-known musicians, artists, and filmmakers along with that of world-renowned and groundbreaking artistic figures. Additionally, this archive includes clothing and behind-the-scenes photographs of hip-hop history, including the birthday party of Sean “Diddy” Combs. Many photographs are also production shots from videos and films Freddy has worked on from the 1980s up until present. 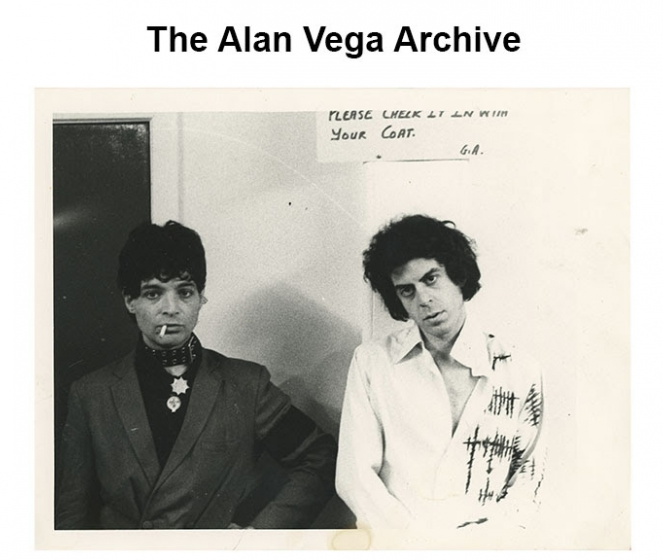 Alan Vega (June 23, 1938 – July 16, 2016), best known for being half of the legendary proto-punk duo Suicide, was also a prolific poet and visual artist. From his groundbreaking presence fronting Suicide in the early 1970s, to his solo music career from the 1980s up until his death, Vega’s mark on music was indelible and inspiring.

The Alan Vega Archive, collected by his widow and long-time collaborator Liz Lamere, consists of audio and video, tour documentation, flyers, and ephemera, as well as photographs and press pertaining to his music career. Also collected are his personal notebooks and sketchbooks in which he wrote lyrics, poetry, and notes. His sketchbooks contain original drawings and designs. In addition to his sketchbooks, small collages and hundreds of pen and ink drawings on paper spanning the 1970s up until his death in 2016 chart his growth and evolution as an artist in conjunction with his musical output. 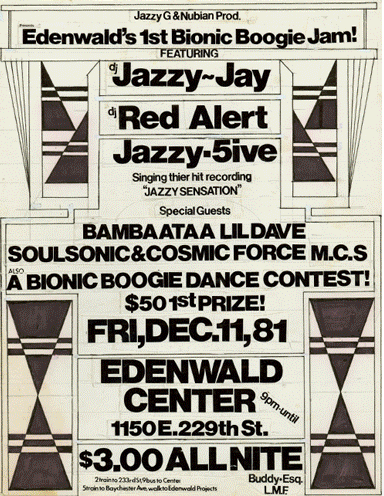 The core of the Hip Hop History Archive at Cornell University was established by Johan Kugelberg, who sought to locate and preserve the earliest artifacts he could find pertaining to the origins and influence of hip hop as music, culture, and community in the Bronx, New York City.

In 2008, Kugelberg founded the Cornell University Hip Hop History Archive, which has since grown to include other collections such as the archive of early hip hop photographer Joe Conzo, Jr, containing over 10,000 prints and negatives; the archive of Charlie Ahearn, director of Wild Style (1983), the first hip hop feature film; the archive of Ernie Paniccioli (Word Up magazine’s photographer and author of Who Shot Ya: 3 Decades of Hip Hop Photography); and “architect of hip hop,” Afrika Bambaataa. 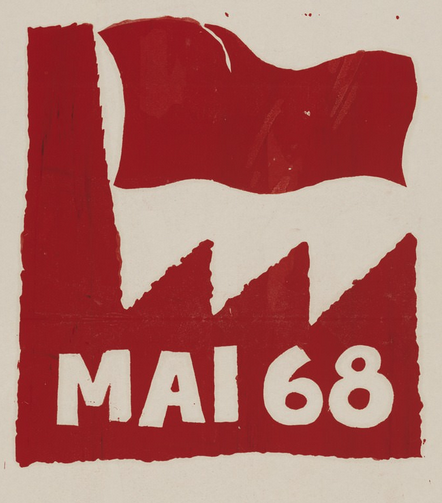 The May ’68 Paris Uprising Collection of Posters and Ephemera consists entirely of documents that were created by – and for – a revolution. In the collection are 85 street posters (75 were produced by the Atelier Populaire), and an assemblage of ephemera retrieved during the uprising, and safeguarded after, by Atelier Populaire founder Phillipe Vermès. These flyers, handbills, newspapers, and newsletters offer a ﬁrst-hand account of the events as they transpired, representing France’s cry for reform.